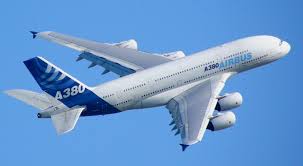 With the airline industry's commitment to halve 2005 CO2 emission levels by 2050 Airbus and others to accelerate the development of alternative jet fuels, Airbus is now getting behind a project to examine the potential for using hydrogen fuel cells on commercial airliners – not to power the jet engines, but to replace the Auxiliary Power Units (APUs).
prompting
Located in the tapered tail cone section of the rear fuselage in commercial jet aircraft, APUs
are small gas turbine engines responsible for generating on-board electrical power and heat when the aircraft is on the ground, as well as providing power to start the main engines. 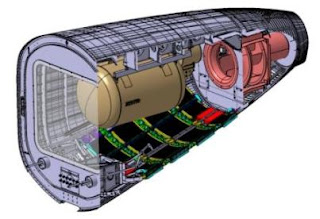 With the goal of realizing emission-free and low-noise operation when the aircraft is on the ground, Airbus has teamed with South Africa's National Aerospace Centre to jointly fund research to examine the potential for hydrogen fuel cells to replace APUs.
The three-year research project will be conducted by Hydrogen South Africa (HySA) Systems Competence Centre at its research facility located at the University of the Western Cape in Capetown.
In addition to cutting emissions and noise on the ground, the use of fuel cells would also offer numerous other benefits. Being lighter than an APU, and with the potential to also replace heavy batteries, they would reduce the weight of the aircraft and therefore also the amount of fuel burned and emissions produced by the aircraft while in the air.
Additionally, with fuel cells producing water as a byproduct, they would allow the aircraft to generate its own water supply. And with fuel cells having no moving parts, they would be easier and cheaper to maintain than fossil-fuel powered APUs.
With all their potential benefits, it's not surprising that this isn't the first time that Airbus has dipped its toes in the hydrogen fuel cell waters. The company has already performed test flights with fuel cells used to power individual power systems and tested a fuel cell-powered nose wheel that allows autonomous and emission-free taxiing.
"Although fuel cell technology for land vehicles has rapidly matured," says HySA Systems Director, Professor Bruno G. Pollet, "the new research with Airbus and the National Aerospace Centre is aimed at gaining an understanding of how hydrogen fuel cells could perform over an aircraft’s service life while subjected to the harsh and rapidly changing climatic and environmental regimes that commercial jetliners operate in."