Phil Dickenson.
Professor of Advanced Manufacturing,
Loughborough University.
Reaction to my concept of my
Instant Production Technology visioneering
and what it entails,
at a seminal TCT conference.

An earth shuddering rebirth of the means to production is rapidly moving towards a tipping point.

A Manufacturing Renaissance that will be more profound than all the industrial epochs since organised production begun in ancient Mesopotamia 5 millennia ago. 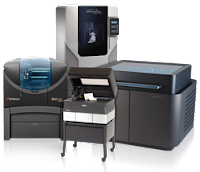 By its zenith, this maker renaissance will influence more than marginal productivity. It is beginning to transform how and where things are made; a new synthesis that is profoundly and positively impacting on the potential of Design, Engineering, Medicine and Architectural Construction; the Arts, Crafts and Musical potential is being extended. It will even impact on the retail experience to an extent that will ultimately be unrecognisable, enabling the creation of on-the-spot production of goods and services that by even the most recent standards will amaze the most ardent of sceptics. And considering the potential utility of the these instant fabricating utensils, one marvels at potential market value, the kinds of inspiring new job creation and creative advantage they give in the context of increasing global competition.

The Gadget of Gadgets!

I am sure that back in the original Renaissance – and through the many productive eras akin to the construction of the Pyramids, ancient city of Roman, the Medieval Machine, the Enlightenment, the Dutch Golden Age and the Industrial Revolution – that there must have been an Engineer of sorts that gasped for a device that would make him a mock-up or a model of what was rattling around in his head. I sometimes wonder whether the great de Vinci himself mussed with such an idea.

And then in 1991, out of the blue, there it was: a machine that did precisely just that. A device that literally printed out solid 3D prototype models from computer drafts! And that is where it started. The beginning of a new industrial age, based on a technology that quite literally manufactures objects that designers and engineers can hold, prod, test and blow-up in the lab. An amazing machine that is not simply another gadget; but the gadget of gadgets. A devise that gives endless durable geometric possibilities to deliberate, improve and eventually decide upon.

And from those yearling days almost three decades ago, much has developed; giant leaps in innovation to a point today where the technology is beginning to print out quite sophisticated, quite complicated, quite technologically demanding finished end-products, in one hit! How this has panned out is quite an interesting story in itself. But where is it going next? A world that is hanging with bated breath for the next big breakthrough in a new Manufacturing Renaissance.

In late 2006, I had the privilege of delivering the closing address at the ‘Time Compression Technology: Rapid Manufacturing Conference.’ The convention is known to be Europe’s most innovative exposé of the world of a Design Productivity (DP) and Rapid Manufacturing (RM). The paper I presented was entitled ‘Instant Production Technology and the New Industrial Revolution!’

I stated - to paraphrase - that manufacturing was at the beginning of a transformation. I said that making stuff will not only become more local to demand, but eventually ubiquitous in the home, the school, the hospital and other private and public places. That, enterprises that created and made custom designs would flourish. That manufacturing services would emerge on the local high street. That inexpensive Three-Dimensional-Printing (3DP) machine sales would tip from a few thousand units a year and begin to rise toward 100s of thousands of units. Showing trends that rapid manufacturing technologies would blossom into a multibillion dollar GigaIndustry up towards and beyond 2010+.

Then I began to look out further to the year 2015+ ‘Zap: The Emergence of Instant Production Technology (IPT).’ That RM yield in terms of cycle-time, precision, resolution, complexity, material performance and component variety will reach a critical point where, quite literally RM will begin to rise toward ‘Instant Production Technology.’ That the first integrated top-down multiplicative production systems appear, purchased by high-end manufacturers and specialist users, enabling engineers to design and test fully functional prototypes in extremely quick cycles: hours instead of days; days in place of months. That integrated components that precisely merge from one material to another specified substraight in a controlled manner, start to emerge. That means electromechano components – say a toroidal choke with integrated yoke – is produced in one hit, becomes viable for the first time. Investment in multiplicative processes, hence, burgeons.

I went on to year 2020+: ‘Hocuspocus: Top-Down Hybrid IPT on an Industrial Scale.’ I said that if the likes Hewlett Packard (in 2006 HP had no RM tech on the market: but do now) have their way, by 2020+ completely assembled consumer durables and other sundry items – that’s roller-skates, electronic calculators, TV and games controllers, and eventually all basic consumer gadgets and gizmos (including the packaging) – will be designed, manufactured and assembled through so-called hybrid top-down IPT, just like magic.

Then I really began to look far out: 2025+: ‘Just Add Water TVs: At Home with Bottom-Up IPT.’ Consumer nanofactories, such as countertop synthesisers and matter printers will begin to revolutionise the way household objects are acquired. HDTVs and eventually all domestic size consumer gadgets are manufactured near or at home. By using artificial innovation tools the range of products will no longer be limited by the imagination. Products will be world-shattering by today's (2006 again) standards. The capability to pack a hypercomputer in all and sundry will spring forth artefacts of mind-blowing extent. Remarkably simplex cybernetic devices and cobots will be produced quickly and efficiently.

At the industrial level, high performance product design, development and verification will still be costly; but once designed; units can be manufactured in quantity – that’s fully functioning Electrical Auto Engines, Hydrogen Jet Turbines, and advanced Pharmaceuticals all for pennies per pound.

And that was projected-out in 2006, and I would still say today, quiet a daring set of forecasts and scenarios considering! So how well did I do? Based on what I maintained, how far has all this come? What is happening today? And considering the evidence (below) is what I forecasted still on track towards and beyond 2020+ and 2025+?

From an analyst’s point of view, sitting on the side-lines, forecasting technological trend lines 10-to-20 years hence is somewhat of a passive role. The analyst is merely there to gather the empirical data and plot the trend (e.g.; the UN’s forecast for world population by 2030). But put yourself in my position. I am gaining insight, knowledge and unheard information that the passive analyst just does not get to hear or see. In fact, I recall Rachel Park, former editor of TCT Magazine espousing that they (TCT) just do not get to hear about the info I was giving up!

So, be on guard, as other commentator’s forecasts that you may hear at the time of this reading, might just be a tad conservative compared to what I am about to show! There are both emerging and potential GigaMarkets of untold value here.

But first, let us begin to look at the technologies, their capabilities, their outputs and then their wizard like potential. And once again, where did all this begin?
Posted by Unknown at 16:32