Write some funny text and let the computer do the work to turn the descriptive narrative into a cartoon character. Such text based CGI is constructed via artificial innovation code turning a description of a character’s features: ‘funny grey boddied blue eyed mouse...etc.’ And out pops the picture cartoon character.

But this goes further. 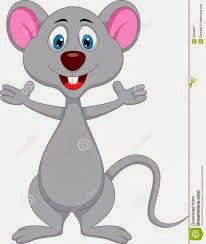 Because it’s means fully constructed text, you get the little funny mouse to 'Skweek' as well.

There is a Russian company called FilmLanguage by Bazelevs which does a part of it. But the future development is to move the idea on to make any text and analyze it just like in some Google Translate - text is analyzed,

Plus added text to speech makes the audiovisual playback of any text.

Basically, FilmLanguage is a text-to-animation translation technology. It converts textual input of a natural language (English, Russian) into 3D animation, which can be then manually adjusted.

There are 3 different end-user products on the basis of this technology. 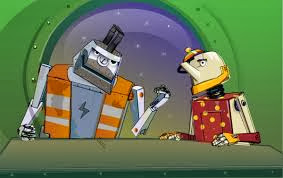 ▪ Educational kit. The technology will be licensed to third parties for specific industrial applications such as forensic animation, defense and news visualization tools for TV broadcasters.

FilmLanguage will enable users to create their own animated shorts featuring 'Chromosapiens' characters by converting natural language text directly into animation. This platform will be released on Paramount Comedy’s Russian web site and available to fans across the country.