The post The Future of Work (dated 4/9/12) below shows options on the future. Both stark and serious. Because they are high probability outcomes. So I will keep more on this track and develop what I see as the main challenges and offer solutions. 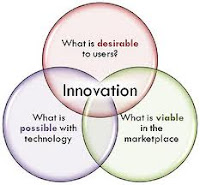 As I write, Europe has one hell of headache when it comes to unemployment. 17.3 percent of eligible workers are on the dole queue. That is 35-million out of work. Of course, Euroland is quite a diverse inter-nation union, with each nation with its own reasons for slow growth or recession. The USA fares better, coming in at 8.2 percent; or 15 million unemployed. Again depending on which state, depends on the severity of unemployment.

So the EU and USA have to create 50-million jobs!

Next, productivity is going exponential: hence it becomes inverse! And is nowhere near a tipping point yet. The factories of old have all but gone. The factory of the now and the future is digital whether an idea factory or machine maker or service provider. Since the early 1980s the ratio of people needed to work an industrial units has shrunk by 10:1. And there is no reason this trend will end any time soon.

It is estimated that by 2030, there will be 8.5 billion people on this planet. 80 percent of the world population will be urbanised. ~7-billion people will live in cities and lead metropolitan lives.

Put on top of this the fact that schooling will be entirely digital. Teachers will be conductors of education, but Artificial Intelligence will lead. Hospitals will be manned mainly by robotic systems from automated diagnosis to humanoid nursing assistants. Home manufacturing will be ubiquitous: need a new smartphone? Print it out.

Estimates go from 50 percent of the world’s population unemployed to 75 percent! So massive permanent unemployment is the trend! Sounds like terrible, head in the hands news!

One of the challenges is that in the UK the government is to start summoning people to the law courts for hefty fines if they cannot prove that they are hunting for work. And if under a certain period they don't find work, benefits will be cut. This is the equivalent of setting an impossible goal and abjectly punishing for not achieving it.

So what is there to do? Here are two scenarios that paint a brighter future.

This is ultimately about culture change. If people still have a mind that they must look for a job when there are extremely limited employment options and opportunities it will lead to a whole host of ugly sins (the riots we witnessed in London last year will seem like a kind of garden party).

(1) Instigate/nurture a culture change where it is acceptable not to go gunge-ho looking for employed work. And enable the public at-large to appreciate the complex dynamics of Inverse Productivity in a meaningful and positive way.  That people that are not working are valued. That there is infinite scope for the individual, groups and community innovation.

(2) Free of charge government training programmes and reward systems for D.I.Y innovation need to be put into place. Create and innovate your own job. It more fulfilling, fun, more engaging and you will work harder. Often the pay isn't as good, but for many that does not matter (I've done it for 10 years!). 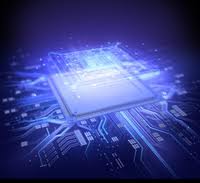 Great wealth is going to be made there. And millions-upon-millions of jobs will be created.

Only; the days of low skill and no skill jobs is floundering. High skill is the base-line. But until people have ‘on the edge skills’ they will not meet the new technological intensive industry demands.

Training initiatives need to be brought out of the ‘fortress’ Universities and into local technical colleges, academies, distance learning and privet sector training companies. Too often, Universities  think, plan and teach in today's current context, and hardly ever bother to forecast long-term trends to base their teaching research. Even the University policy-research-units have a hard time thinking 20 years ahead!

Also make teaching innovation compulsory in our young kid’s schools. Again this it about culture change where Innovation is perceived by kids as Kool and superinteresting. Not a dip-stick pursuit, which most kids think it is, and reason for why they are habitually drawn to the likes of X-Factor, Football, meaningless X-box fantasy games, Facebook, texting puerile messages, and hanging around streets with nothing to do, occupying much of their weekends (I not being cynical). 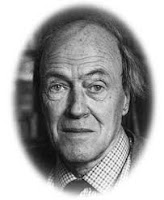 Promote innovative role models everywhere (AND THEY ARE EVERYWHERE. IT IS JUST THAT WE DON’T PROMOTE THEM ENOUGH). Get them themed in movies, TV, comics, gaming, magazines (for youngsters), government election campaigns (which even though they say innovation is job one, they don’t shout about it enough). 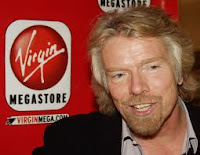 And think of this: after a time of learning and applying innovation skills, most people begin to hold tacit skills in creativity and innovation that is rational, problem solving based.


Thus people are going to be more independent from the state and free to pursue a living that they are passionate about! And if you have ever wondered why/how the likes of Newton, Dyson, Branson, Roald Dahl and Willy Wonker create special lives and ventures? That's the answer!
Posted by Unknown at 17:28