Ever wondered who thought up the idea of the Road (no apologies forthcoming, it’s the sort of thing Design Engineers think about)? 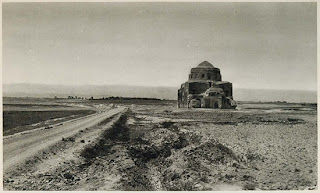 Well, one of the first planned roads was the Persian Royal Road, built by Darius I, in 500 B.C in what is now Iran. The Royal Road was about 2,400-km long and stretched throughout ancient Persia. The road was constructed for royal use, enabling Darius to keep up to date, communicate orders, and to move goods needed by the royal court.

The reason I bring this up, is that I’ve noticed that Middle Eastern technological achievements – first road - don’t get much attention in western media or education. When the BRICS and E7 get tons. In fact, in the Pub the other night a conversion broke out about it; where the overwhelming majority were adamant that the Middle East had not achieved much technological ground at all.


Well, in fact, the Central East has a very long track history of technological innovation! Air Conditioning that circulates cool air through the building without any input of energy were incorporated in buildings as early as 3000 B.C. The irrigating Persian Wheel, a partly submerged vertical geared wheel with containers attached filled and emptied into a trough that carried water to crop fields. The original Postal System appeared in the 6th Century BC Persian Empire. Parts of the postal system in fact outlived the Persian Empire, continuing to operate in Egypt, where it was seen and copied by Augustus, the first Emperor of Rome.

And perhaps we are seeing a return to this tradition of tech-innovation in the region:

For example, Terrain University is developing Surena, a humanoid robot:.Recent tests compared the performance of five world class robots: Asimo (Japan), Reem-B (Spain), Justin (German), Charli (US) including Surena (Iran). The tests – carried out by the Institute of Electrical and Electronic Engineers (IEEE) - placed Surena  2nd among the top 5 humanoid robots. Over 10,000 man-hours have been spent on the state-of-the-art robot. 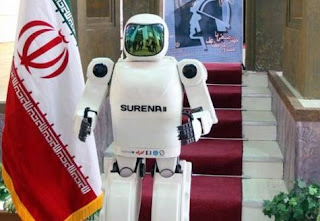 Surena-II, which weighs in at 45kg with a height of 1.45-meters, has a human like stride, and is equipped with sensors such as a gyroscope and accelerometers providing steady motion. The next generation - Surena-III - will walk faster, recognise faces, objects, words and even sentences with intelligent responses.
Then there’s the State of Bahrain and their Economic Development Board supporting the development of a prototype Nanotechnology Centre, supplying hands-on products used in multiple market sectors such as motor transport, medicine and construction. The centre aims to create a technological hub for scientific and engineering breakthrough in the region with significant emphasis on molecular nanotechnology. And it seems ironic that Silicone is one of the key materials in nanotechnology production! 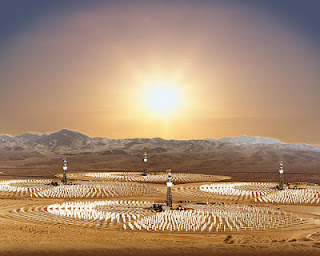 In Qatar, local banks have financed the first solar-grade polyslilcon production plant, a planned $1.1 billion, 8000-metric-ton facility being built by Qatar Electric and Water (QEWC) and Qatar Solar Technologies (QSTec), a joint venture of the Qatar Foundation. The mission to go from a carbon-based to knowledge-based energy.

My pondering here is that while we're steered by western media to look with mild anxiety at the tech-innovation and economic strides going on in China or Brazil or India; we tend to overlook what's going on in regions that are not so well highlighted (if at all) for technological ingenuity, like the Middle East.

And that begs another question: what's going on in Africa? My guess is that you're reflex - I wager - is like my friends in the Pub the other night!

All will be revealed in a forthcoming post: as the Lions of Africa (as the Desert Foxes of the Central East) are starting to hunt for technological prey!