Sohail Inayatullah and Levi Obijiofor islecturer  are two thought leaders at the forefront of technology's - amongst other applications -  impact on human athletic performance.

In their popular article: 'Olympic Gold: New Futures For The Olympics?' they put forth (in my own words) the question of 'athletic performance equality' (A.K.A 'B of the Bang.' ).

That is (for example) two competing athletes with similar physiological and mental focus capabilities; yet one athlete has access to advanced and innovative training systems, cutting-edge technologies and healthy budgets; and the other, well, not so much.

This then calls into question whether the two competitors are on parity in, say, 100m final race when at the start-line! Or what former 100 Meter Olympic Gold Medallist Linford Christie calls the 'B-of-the-Bag.'

Well, as I see it, this athletic performance equality (B-of-the-Bang) question is going to be an increasingly raw issue in the future of athletics (come to think about it probably many other areas of competitive life as well!).

So, answers on a postcard to authors Sohail Inayatullah & Levi Obijiofor islecturer. I'm sure they'd be pleased to hear your view.

'So, you want to be an Olympic Superstar? How should you plan your career, to best ensure success? Three factors stand out in deciding which teams get Olympic medals. 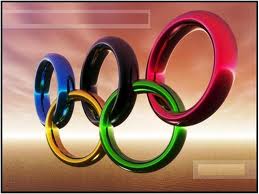 First is the size of the population. The more people, the larger pool of talent there is to draw on. However, size by itself is meaningless. Two other factors are far more important: wealth and organization. Wealthier nations can afford better training facilities, better managers and scientific techniques. Organizational excellence ensures that the entire weight of State and Market (corporate sponsorships) work for the national goal of winning. This means ignoring economic rationalism, but instead developing state support for athletes, marshalling resources for national victory.

Generally, this means that the majority poorer nations (and the poor within rich nations) lag on the medal count. Well why should this matter? Aren’t the Olympics just sports, a fun television extravaganza? Yes and no. First, they are about marketing your city, hoping that the billions spent leads to future investment. Sydney spent Aus$8 billion on the hope of becoming a future trade and financial centre. The Olympics are also about marketing culture - showing others that one’s nation is modern. Second, they are about imagining the future, exhibiting to self and world what values the nation aspires towards. Whether or not most Australians want white and aboriginal reconciliation, a vision of the future has been globally announced. Now Australia has to live this vision, and details matter, such as Aboriginal Deaths in Custody. Ultimately, this will be far more important than how fast Cathy Freeman can run. 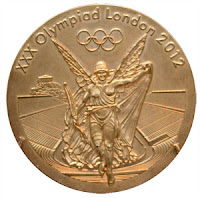 The Olympics are thus filled with symbolic politics. The dark side of the Olympic equation is that they re-inscribe the rank ordering of nations and peoples. The strong and mighty and beautiful walk with heads held high, while losers continue the slide down the path, eventually becoming nations that do not matter.

This partly occurs because the Olympics are seen (and marketed) as part of humanity’s global heritage instead of a unique Western construct. The Olympic flame passing on unblemished from ancient Athens to the modern era is about the ‘natural’ transmission of Hellenic values to global culture: the Olympics is partly about the ascension of the West.

Type of Sports:
The dominance of the rich is maintained as well by the type of sports that are conducted. The contest therefore is not only about sports, but about valuing certain sports, histories and cultures over others. If this is not the case, why do we have the Winter Olympics, games that are arguably designed for the West and the countries ‘blessed’ with winter? No one remembered to design another Olympics for those countries that, due to geography, have only dry and rainy seasons. Can’t we have a Steaming Olympics or Dry Olympics also?

By promoting the Summer Olympics as a triumph of globalization and by ensuring that every country participates in the events determined by Western authorities, through the International Olympic Committee (IOC), the West indirectly promotes its own values. Ironically, the IOC has many members from the non-West. Yet decisions about the Summer Olympics almost always seem to leave the non-West with no viable alternatives. Of course there are options, such as boycotting future Olympic games if the IOC rejects traditional sports from the non-West.


The dilemma here is that non-participation in the Olympics means to be marginalised in the international economic and political spheres as well. If one plays and loses badly, as most of the non-West does, a deep-seated cultural inferiority complex arises. All that is left to do is to join, to be ‘developmentalised.’.

And if one plays and wins, beating the West in their own game, there are two common responses: “They are drug cheaters,” or the more famed, “They have better genes.” Hard work, excellence, sacrifice are assumed to be only Western values.

So, to invest resources in preparation for the Games every four years is to play ‘catch-up’ with the West. Instead of spending money on developing traditional sports, non-Western nations buy into the sports development model. This devalues local culture, creating a further first world in the third.

In these global times, there is no space for not playing the game; the challenge is to redefine the terms in which games are played and the actual games played.

Traditional sports from the non-West are kept out of the Olympics because the West has not decreed them as genuine sports. But what if non-Western nations began to focus on sports in which they have a comparative advantage? How, for example, would the IOC react to including traditional non-Western sporting skills such as drum dancing, hand fishing, tree climbing with bare hands, 100 metres sprint race with disused car tyres or wheels, running with an egg delicately placed on the head, sack race, trap shooting with slings/catapult but no guns, wood chopping, and so on? Or kabadi - traditional wrestling - as in Pakistan? What about camel riding to accommodate the Maghrebs of the Sahara region? With all these included in a redefined Olympics, will the West continue to dominate? As a Somali proverb states, “what you lose in the fire you must seek in the ashes.”

Is such a level playing field possible? The future options for the non-West in the Olympics must be to either build on its own model of traditional sports or to utilise its numbers in the IOC to force a change. The non-West cannot continue participation in an Olympics where winning on Western terms is the essence. To do so promotes financial inequity and helps the rich Western nations to market their products (in this case, athletics). 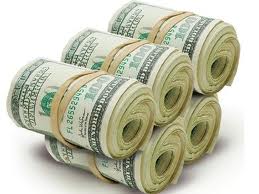 More significant than winning on Western terms has been the over-emphasis on winning itself (not cultural exchange and the refinement of the human spirit, as Olympic propaganda proclaims). This theme was evident in advertisements during the Atlanta Olympic Games, as recorded by Roy MacGregor of The Ottawa Citizen. Here are a few: “You don’t win silver, you lose gold”; “If you’re not here to win, you’re a tourist;” “Second place is the first loser;” and “No one trains for second place.” By promoting these views, the Olympic Games are saying: winners are superior; winners are from the West; the non-West are losers and are inferior to the West. The Sydney Olympics as shown in Australia focused exclusively on those who won gold, except for the occasional hero story of the loser still finishing (“My country sent me here not to start but to finish”).

Each culture has its own sports. Some are individualistic, some competitive, some based on ancient myths. By only giving official credence to the sports of a particular culture, our sporting bio-diversity is lost.

Transforming the Olympics
Thus, we argue for a transformed Olympics. In generations ahead, we need a re-definition of the concept of the Olympics. New indicators instead of the simplistic medal tally might be useful. For example, Bruce Wilson argues that chatter about Australia in 1996 surpassing its 1956 record should be seen in the context of a Aus$32 million sports investment, nearly a million per medal. And what of the ratio for 2000? Perhaps we need a ratio after the medal tally, i.e. medal/investment in sports. Here, Burundi or Nambia might have won the 1996 games. Perhaps also an indicator such as medal/GNP? Or perhaps we should only allow nations whose budgets focus on education, health and housing to participate?

We also need an Olympic Games for the non-West and women where there is neither victor nor vanquished, where excellence is achieved without domination. Ultimately that is the solution: an alternative Olympics where traditional games and the cultural stories behind them are enshrined. Hawaii already has a day for traditional Hawaiian sports. These are critical because they teach the young ancient ways of knowing, of relating to the environment. Sports teach us about each other, about our myths. They create inner and outer discipline. They concentrate the mind. They also are a way for inter-generational solidarity, where the old teach the young. Above all, sports should promote a culture of peaceful co-existence and friendliness.'

Happy Olympics!
Posted by Unknown at 18:59