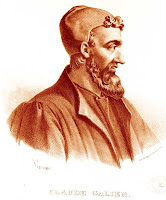 It’s Christmas (again), and So Time for an End of Year Story.

People - lots of people - challenge me about my work in and around Future Studies. Not only its legitimacy, but its practicality. ‘You just can’t predict the future.’ they say.

To begin with my Futurology work really is much more than mere projection; but looking towards how we can put together a better, smarter, fairer and more-capable world. It's about tracking trend-lines and directions so that strategies, plans and new ventures can be designed and realised in structured and pragmatic way.
But it's even more than that!
The best rational/empirical future thinkers are good historians. I don't mean knowledge of lots of dates and events, or even the meanings and the lessons we can learn from the past. But more. My favorite part of the job is to show how far we have come based on the evidence, and thus potentially how far we can go in the short, medium and extremely long-term. How far we can improve the human condition, our lives, the planet and much much more.
So, let me take you on a journey. Let’s go back in time!
Let’s go back in time to around AD 149; roughly 2000 years ago. You are invited to a dinner party. Not any dinner party, but a doo at the Great Galen’s home, in the Court of the Emperor Marcus Aurelius.

Galen gained fame as a surgeon to the gladiators of Pergamos; and taking Hippocrates’ notions of pathology, Galen incorporated and developed anatomical knowledge. He was the first experimental physiologists, researching the function of the kidneys and the spinal cord in controlled experiments (c.2000 years ago).

A man of acute intellect, reason and vision. A man that not only innovated, but thought way, way ahead.

And so to Dinner.

We meet, seat, eat, and drink Bacchus’ great wines, to the point where our tongues and minds loosen and open up.

Galen: 'Arrr, thank you for joining me at my table.’

Galen: ‘You know? I see something in you! But I can’t quite make it out. You seem to have some foresight in you, vision even. Let me ask you, and bearing in mind, I’ve been thinking about the future of medicine for many, many years now. What do you think we can achieve? How far can medicine go?’

You: ‘I don’t know, I’m not a physician. But I am a bit of a futurist (you say coming from year 2009). Well, I see a day when physicians, such as yourself, will have tools that allow you to see inside the human body in sub-microscopic detail, in real-time. You’ll have tools that will automate not only routine sugary, but the complex transplant of organs such as the heart, liver, kidney and lungs. You’ll have medication that will halt tremendous pain, almost instantaneously. Cure vicious infections overnight. Prophetic limbs that enable people to run faster than folk with human limbs. That scourge, you cannot quite get your head around now, that eats the body away (Cancer), will become so well understood that over 80% of people that are diagnosed with it will overcome it and resume normal lives. You’ll have technology such as artificial eyes, that will allow the blind to see……’

Galen: 'Now, now my dear fellow, all that wine has gone to your head…. "Artificial eyes." "Instant pain killers." "The transplanting of vital organs by machines." Come, come my dear boy/girl… Well, I must say, you do have vivid imagination. Still, if only that vision would be true!...... It’s getting late, I’ll think I’ll retire; perhaps we can meet again and carry on this visionary dream. "Artificial Eyes" indeed…. Good night.’

You think: ‘Galen lived c.2000 years ago. And made tremendous breakthroughs in medical practice, experimentation, understanding and medication.... So I wonder what the next decade, century will bring (you think)?...... And good job I didn't even begin to mention about heaver than air machines that fly 75-thousand feet in the air faster than the speed of sound. Airplanes that use tap-water (and soon sea water) as fuel input. 3D-TV. Hyperphones. WiMax Internet. Commercial Space Flight. Men on the Moon. A plan for The Mission to Mars. Nanotechnology. Artificial Intelligence; and Heaven forbid Star-Trek!.... Yes, I wonder what will happen in time?’
So:
Of course, from Galen's point of view, in his own time, he could not have appreciated (even begun to conceive) the projections (now facts) you could have made at his dinner table. What you now know is all well and true.
.

Such as the facts that:

Visual prosthesis such as 'Artificial Retinal Implants' are now allowing the partially, even the profoundly blind Grandfather to see his teenage Grandchildren for the very first time (re: my Post Sunday 29 November 2009).

The maiden-flight of the first airplane that runs and flies be hydrogen jet-engines (watch a short video on the Antraes DLR-H2 Maiden flight! (re: my posts on Friday, 11 December 2009).

And that 'Tomographic Scanners' have reached a point where biological detail can be seen at the nano-scale (spacial and temporal), meaning greater elucidation of dreadful neurological problems such as Parkinson’s, Alzheimer’s and Stroke (re: my Post Sunday, 28 March 2008).

And so, to conclude:

The 'Galen Point' is a fact of our lives. We are obscured to such wondrous futures because of the time, place and context we live in.

Our horizons are not often that far away, and for most the far future is merely the next day or perhaps the planning of an event some months or years away (e.gs.; a holiday or a new product). We are obscured by the unimaginative, political and acutely myopic media. With day-to-day preoccupation: family, work, bills and the loft-conversion.

It's so easy to get trapped in those kind of Galen Points. So easy to fall into a pattern where we take things for granted. Where all that is around us has been here forever and day.

My last point is, it does not just have to happen. You can have a hand in the future. You can break out of the Galen Point by not only appreciating the power of methodological Futures Studies, but engage in it. Learn the skills and tools of objectively projecting the future. Because a Futurist job is to smash and breakthrough through the limited Galen Point. To see, and build a future that benefits us all.

Wishing 'You' an Inventive Christmas and Visionary New Year.

Dear Author chrisharrisfutures.blogspot.com !
I consider, that you are not right. I am assured. I can prove it. Write to me in PM.

Not sure what you mean?