Are Flouting Cities the Next Frontier? 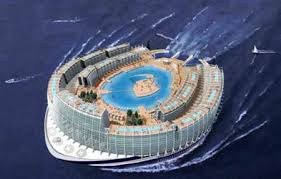 'Seasteading' is the concept of creating permanent dwellings at sea, called seasteads, outside the territory claimed by any government. Most proposed seasteads have been modified cruising vessels. Other proposed structures have included a refitted oil platform a decommissioned anti-aircraft platform, and custom-built floating islands. 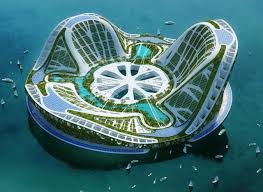 One organisation (there are many) is The Seasteading Institute, who work to enable seasteading communities – floating cities – which will allow the next generation of pioneers to peacefully test new ideas for government. The most successful can then inspire change in governments
around the world. A big idea indeed.