Watching the Rio Olympics? As any athlete will tell you, competition is a mental game as much as it is a physical one.  Whether you can throw a discus or not, there are mental traits of champion athletes you can learn to adopt and emulate to help make you a champion in your own life: 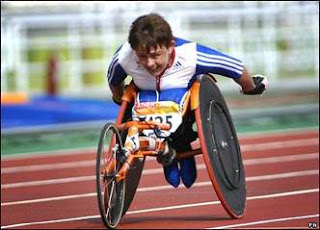 Champions believe in the future. Of course, athletes have to train in the present. You can’t expect to deadlift 500 pounds today if you only did 200 yesterday.  But they keep their eye on the prize. Many do visualization exercises where they picture themselves winning the gold or breaking a record in minute detail. It becomes a matter of when, not if they will achieve their goals.

Champions embrace conflict. Most people look for the fastest escape route when they encounter an obstacle or conflict, but champion athletes relish these challenges for the opportunity to break through and improve. Many also credit friendly (and maybe not so friendly) rivalries for pushing them to the next level. They’re not spoiling for a fight — but they’re not backing down, either.

Champions stay focused. Swimmer Michael Phelps said that he “buckled down” on training before the Rio olympics because he wanted to go out on a high note — and he’s certainly succeeding.  Champions understand that they have to focus on the fundamentals and make consistent, incremental improvements in order to win.

Champions are held accountable.  Olympic-level athletes have so many levels of accountability. Of course they have their public scores, but they also have teammates, trainers and coaches to whom they are accountable every day, not just on race day. Building your own accountability team can help you show up with your best effort and stay focused every single day.

Champions take risks.  There’s no such thing as a sure thing; even Michael Phelps and Simone Biles knew their gold medals were not guaranteed. Champions are known for taking (calculated) risks that have the potential to propel them to success. And when they fail, they carefully analyse what went wrong and try again.

Champions are disciplined. Elite athletes may practice the exact same stroke, technique, or routine daily for months or even years.  And yes, doing the same thing over and over again can be boring — but they understand the importance of diligence and hard work. The discipline to show up every day and do your best applies to anyone.

Champions are always learning. When an Olympic-level athlete isn’t actively training his or her body, he or she is studying technique, reviewing footage, researching competitors, and searching for that one bit of information that could give them the edge. They live and breathe their goals, and that goes for their brains as well as their bodies. If the average person dedicated themselves so totally to a goal in this way, it would be astounding what we could accomplish.

Champions are coachable. Those who think they know everything are the most foolish of all. Every Olympic athlete has a coach — sometimes several — and they know how to take criticism and suggestions to improve. Imagine an athlete who thought he knew better than any coach; how far do you think he would go? The same is true of any profession. No one knows everything, and even the greats have mentors.

Champions compartmentalize. If you’ve ever watched an athlete perform incredible feats despite whatever might be going on in his or her life, you know how important compartmentalization is. Champions understand that a huge part of their physical success is mental, and they have to get in the zone and focus on only the task at hand. Divorcing what’s going on in  your personal life from your work life, for example, can lead to greater success.

Champions dream big. How big are your dreams?  Are they Olympic gold, best-in-the-world big? Champion athletes dare to dream that they could be the best in theworld. They don’t think small. If you want big things, you have to dream them for yourself — no one else will.
Posted by Unknown at 18:50