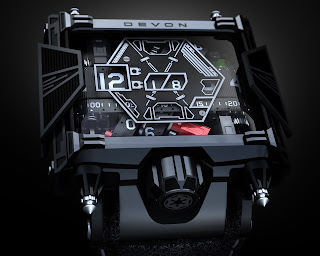 I thought Luke Skywalker was the hero of the Star Wars franchise, but as I got a little older I started thinking maybe Darth Vader just got a bad rap. He’s a total bad ass with the Force, a Sith Lord and he’s part robot — which is why Devon Works partnered with Star Wars to create the new limited-edition Darth Vader wristwatch.

There's going to be a lot of Star Wars associated product coming out over the coming months. You can only guess why. 'My The Force Be With You.'