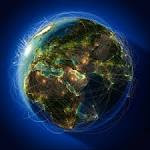 The frequent downbeat economic news we all hear, is hounding business leaders and entrepreneurs into a kind of submission that the enormous challenges ahead have few answers.

Prophecies about continued heavy international debt, trade imbalance, snail-like market growth, unstable currencies and slow employment gain must give one hell of migraine. And please do not misunderstand me; we can fully count on more unexpected flare-ups and discontinuities that will ill-inform our instincts to pack-up shop.

Only, the big interconnected picture is quite different; since beyond the glum newscast headlines of macroeconomic inertia and viscous microeconomic activity, there are unsung markets, industries, geographic regions and nation-states that are not only growing, but energizing their economies for yet more growth. There are thrilling opportunities in emerging markets, even amazing prospects in mature markets where hack commentators see no light.

Whilst much of Rome is ablaze, personal wealth, enterprise revenue and national GDP has grown in specific global neighbourhoods. Continental regions, nation-states, megacities, even independent households that have experienced a boom in both wealth creation and value appreciation in recent years. Parts of the world that that are right smack bang in front of your eyes. All it takes is to open them and look!
Here is a short eye-opening inventory of economic trends and commentary that act as a wind-vein for strategic decision making. And it is true, if you refer back to this account in years to come, that the figures will have moved on, but the integral patterns of such meta-economic trends will be cogent:

·    The big fat fact: The World Bank reports that the productive financial wealth (the nominal GDP) of the world grew from $31.4 trillion in 2000 to ~$78 trillion by end of 2014. Representing ~135 percent aggregate growth over that period!

·  The future global economy is estimated to grow by an average ~3.6 percent annual productivity rate, resulting in world nominal GDP swelling to ~$90 trillion by 2020; ~16 percent larger than it is today according to Bain & Company’s much acclaimed ‘8 trillion trends report .’

·     By 2020, China is expected to be the world’s largest economy. With a nominal GDP of $7.3 trillion in 2012 to an estimated $24 trillion in 2020 (this median estimate diverges with the array of available institutional projections from the likes of The World bank, IMF, UN, etc. In fact, Hu Angang, dean of the Institute for Contemporary China Studies, says China will become the largest economy in terms of PPP GDP by 2017; and by 2027 in terms of market exchange rates.

·    Over the past 20 years, China has seen its GDP increase 16 times over, and its share of global manufacturing industry go from 2.9 percent to a colossal 20 percent. It moved from being the 10th largest economy in the world to the 2nd largest, lifting 500 million people out of poverty (World Competitiveness Yearbook).

·    GDP of emerging and developing economies accounted for 36 percent global GDP in 2012. Global emerging nation’s relative middle-class now stands at ~2 billion people, collectively spending $6.9-trillion a year. Over a billion new consumers will join the global marketplace by 2015. Spending is expected to rise to $20 trillion by 2020. Twice current US consumption (McKinsey report, July 2010).

·   By 2020, many emerging countries will see more than 80 percent of their population with annual disposable incomes in excess of $10,000. More than 25 percent of households in Saudi Arabia, Turkey, Argentina, Iran, Russia and Malaysia will command incomes above $50,000 a year (Roland Berger 8 Billion fifth report).

·     Russia could overtake Germany to become the largest European economy before 2020 in PPP terms and by around 2035 at market exchange rates. Emerging economies such as Mexico and Indonesia could be larger than the UK and France by 2050, and Turkey larger than Italy.

·   Vietnam, Malaysia and Nigeria all have strong long-term growth potential, while you may be surprised that Poland should comfortably outpace the large Western European economies for the next couple of decades, according to PwC’s ‘World in 2050’ report.

·   By 2030, an approximate 66 percent of the world's middle-class will live in Asia, compared to just 21 percent in Europe and the United States.

·  Global R&D spending hit more than $1.4 trillion in 2012, up ~5.5 percent from 2011. However, the global R&D landscape is shifting both south and east according to a Roland Berger Strategy Consultants report ‘Global topic 8 billion.’ ‘Emerging markets are advancing from production sites and work benches to become important innovation hubs. Many emerging countries have not only increased R&D investments but also moved up the global innovator league tables.’ R&D spending will clearly rise as emerging economies grow; however, China, India and Brazil already rank among the Top 20 of Forbes R&D table.

·     A quite astounding number of new billionaires in the world grew from 441 in 1987 to a record 1,396 billionaires in May 2013. The combined net worth of the GigaRich is $5.429-trillion. There were almost as many not so billionaire club members who lost wealth (441) as those who gained (460). 180 held steady and 128 new (Forbes.com began the authoritative pursuit of the world’s billionaires 25 years ago).

·     The combined wealth of the world’s millionaires increased by 10 percent in 2012 to $46.2 trillion. This is more than three times the annual economic output in the US.

·   1 Nuevo-millionaire being born at a rate of one every 30 seconds; or on the order of one million new millionaires in the making in 2012.

·  175,000 of those new millionaires listed in Boston Consulting Group's (BCG) 2012 Wealth Report come from Asian economies. As the Eurozone plunged into crisis and unemployment soared across the globe, 175,000 Asian people still made enough cash last year to join the global millionaires' club.

·   The new entrants, mostly from China and India, bring the number of millionaire households across the world to 12.6 million, according to the BCG report. The US still boasts the most millionaires with 5.13 million households in the top bracket, despite a fall of 129,000. China, which added 193,000 to 1.4 million, is within touching distance of Japan, which is in second place with 1.58 million. Britain is in fourth place with 411,000 millionaires.

·    The largest number of High Net Worth Individuals (HNWIs) who lived in Asia in 2012, grew by 1.6 percent to 3.37 million households. US HNWI population is 3.35 million households. However, US remained the largest region of aggregate HNWI wealth at $11.4 trillion. And $10.7 trillion in the Asia (Google 16th annual World Wealth Report).

·  As economies mature they exhibit a turndown in the production of new consumers. Conversely, emerging nations overtly generate new-found consumers at a blistering pace. ‘The Next 4 Billion’ a new buzz term for the fact that 4 out of 7 billion consumers reside in India, China, Indonesia and parts of Africa and Latin America (E4-B-C Brands anyone?).

·   There are 2.3 billion emerging nation consumers that lay between mature middle income and lower income segment. By 2021, global value is expected to exceed $6-trillion, and in India alone $1-trillion (PwC’s report ‘Profitable growth strategies for the Global Emerging Middle: Learning from the ‘Next 4 Billion.’

·    Leading companies emanating from mature markets earn merely ~17 percent of revenues from emerging markets, even though these markets represent ~36 percent of global GDP.

·   The sources of economic growth will tilt increasingly toward emerging economies. Whereas the advanced economies currently generate two-thirds of global GDP, developing and emerging economies will contribute an outsized share of the growth in the future. By 2020, the advanced economies proportion of world GDP will drop to 58 percent, a sizable change over relatively short period (Bain & Company report 8 trillion trends).

·    0.266 new babies per second!? Even though birth rates have fallen since the mid 20th century, at present, global, yearly births sits at 140 million versus 57 million deaths, resulting in a net growth of 83 million people per annum. That is the equivalent of the aggregate population of all of London, Tokyo, Beijing, Shanghia, Guangzhou, Mexico City, and San Palo being born in as little as 365 days; or ~23 thousand a day; or 1 newborn sweetie ever 4 seconds! Interestingly, nearly all of it originating in developing and emerging economies, who will shunt-up and account for about one-quarter of the rise in GDP by 2020. And by ~2050, there will be ~10 billion people on this plant.

·    600 cities today generate 60 percent of the world’s nominal GDP. Sao Paulo makes up 13 percent of Brazil’s total GDP. Moscow 18, Shanghai 12, Johannesburg 20 percent respectively, contributing to their nations total GDP. By 2025 136 new cities will emerge in the developing world, one-hundred of which will be in China contributing $24 trillion or 26 percent of $91 trillion global nominal GDP.

·    In 2012, a quarter of total commercial trade happened across borders. By 2020 almost a half of world trade will be racing across borders. By then, 70 percent of the activity will be in Asia and Latin America. However, by year 2030, 70 percent of world trade will be shipped or zipped across territorial lines every year; or half a $ trillion a day; or 48.6 million dollars every second rocketing in multigeographic directions. Again most of it in Asia!

·   An influx of oligarchs and other wealthy foreigners enabled the UK to boast the second highest number of Ultra-HNWI individuals, with 1,125 households holding financial assets in excess of $100 billion (£65b)

·    One in 25,000 UK households is now worth more than $100 million, says BCG's report, which does not include property and other non-financial assets. If property were included, the number of UK millionaire and super-millionaire households would dramatically increase.

·    And to end the beginning of the statistical trends. The world's richest people are also getting richer faster than everyone else. While the world's total privately held wealth (again not the same as GDP) increased by 1.8 percent to $122.8 trillion in 2012, UHNWs' wealth increased by 3.6 percent to $7.1 trillion. The BCG report predicts that UNHWs' wealth will rise to $10.3 trillion, or 6.8 percent of the world's total wealth, by 2016.

Well, as is clear, whilst some of Rome is in flames, wealth has and is growing in specific geographic quarters and proprietary households. Continental regions, nation-states, megacities, even independent households that have experienced a boom in wealth creation and appreciation in recent times. In short, both magnitude and speed of aggregate economic growth is accelerating (one of the most acute aggregate economic measures I can think of).

But please be certain, the future projections of these numbers are fungible. They are not written in stone. Governments, policymakers and the private sector wherever in the world, can put into action strategies that could temper or accelerate the numbers.

Only! You do need too seriously consider what follows: from the furthest Far East to the deepest South of the equator, global GigaMarkets are interconnecting at a pace and magnitude not seen before. Only time will tell, but as I said above, there is no time to rest on yourlaurels.

GigaMarkets are where we must focus.
Posted by Unknown at 14:06