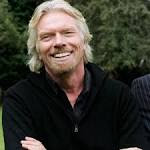 When it comes to the Red Knight, a.k.a Sir Richard Branson, he lacks no positive ontology. One of many infamous anecdotes that confirms this, is that before Branson took the soaring leap into transatlantic commercial carriage, he owned, among a small number of businesses, a chain Record Stores and a Radio Station. And therefore, it might be no surprise that when he went to his board of directors and told them that Virgin was getting into aerospace by renting an outmoded gas guzzling Jumbo Jet to accommodate budgets flights to Florida and New York, his executives threw a wobbly and exclaimed that he was nuts. After all, what has a music/media orientated business got to do with commercial aerospace passenger transport?

GigaMindset, that is what! The Red Knight has a stupendous strategic GigaMarket mettle; driving the vestal Virgin Atlantic from untamed underdog to one of transatlantic brand leader. But this kind of mindset drives much further; principally in the face of the unexpected.

One of the first steps in commissioning a plane is its flight worthy certification. And that is governed by the FAA/CAA authorities. Only, during the inaugural make or break test, a flock of feathered beasts flew into an uninsured engine, causing catastrophic failure. Teh indemnity of the plane hung on such certification. Only a new Jet-Turbine costs more than $1 million. Virgin’s bank balked at the tab, so Branson pulled cash from overseas subsidiaries to ease the crunch. And if that was not enough, he had to find new investors and backers to continue the business-line. He succeeded, and in the knick of time, Virgin Atlantic’s madden paying flight took off in view of a major PR circus.

So to say the very least, it was not an easy flight to establish the Virgin Atlantic brand. And to add insult to injury; the 1990s begin with a rapid recession on both side of the pond. Quickly, commercial airfuel prices hiked; and the cost of flying to and throw over the Atlantic shot right up. Blast! What was Virgin Atlantic’s prospects? The Red Knight had little choice but to raise cash, having to sell treasured asset: Virgin Music Group. But as with all crisis, there is often opportunity! The influx of a near billion dollars worth of cash cleared long-term debt and loans, and bought back investor equity. In turn, giving the Red Knight full ownership Virgin Atlantic.

Virgin Atlantic has grown into a $2.9 billion dollar business as part of Virgin Group. Where as the larger corporation holds 57 divisions and subsidiaries, including banking, cable, film making, trains, electronics, et al. Employing ~50,000 people, with group revenues in excess of $21.3 billion.

And now perhaps the Red Knight is entering his most bold venture yet, ‘Virgin Galactic,’ a revolutionary enterprise that is ‘taking tourists into space.’ A phenomenal GigaIdea. I would go as far as to say that it is a wonder phenomenon in its own right.

For an initial price of $200k, Virgin Space Ships ‘Enterprise’ and ‘Voyager’ are designed to propel six sightseers and two pilots through the atmosphere to a suborbital jaunt of over 100 kilometres (360,000 ft), which is above the Earth’s Kármán line, a common definition of where space begins. Speeds reach Mach-3 (0.5 miles/s.). These pioneering space tourists have excellent celestial views thanks to the sizeable porthole-shaped windows. In the course of their journey into space, these cosmic commuters are able to leave their seats to soar weightlessly for approximately five minutes.

The craft takes off from a purpose-built ‘Spaceport America’ in Upham, New Mexico; encompassing a 3,000 meter runway and a space-age terminal and hangar designed by Foster and Partners. There are plans to build a Spaceport in Dubai, and an intention to construct multiple Spaceports world-wide in the near future.

In addition, ‘The Spaceship Company, Inc.’ is Virgin Group’s new aerospace production firm, which will build fleets of commercial spaceships and launch aircraft. The goal is to make space travel a widespread reality.

Looking at the interest in this emerging industry, suborbital space travel may well be affordable to higher-middle income families by 2030. In addition to multiple international spaceports (planned and those not yet on the books) catering for an expanding market, space cadets trips might well become a popular birthday present. Tech-innovation, coupled to increased supply and demand might well get jaunting above the Kármán line down to ~$5,000.

The more suppliers you have, the more price competition sets in. The more consumers you have, the more incentive there is for suppliers to enter the market. The net effect is that, the more desired any information is, the cheaper it will be to acquire it. Hence, competition for Virgin Galactic will be intense. Already Dubai, hotly tipped to be a leading hub to catering to the affluent Middle Eastern market.

But the Red Knight is not stopping there. By year 2030, Sir Red wants to put up space satellite hotels and slash transcontinental flight times from London to Sydney, or Mumbai to New York, to two and half hours. Plus, by the exponentially driven technologies, even higher, longer space jaunts might become a reality too. This is exactly the visionary mettle I am talking about.

Integral to such GigaMarket mindsets comes an intractable, while shrewd and tenacious resolve to breakthrough stubborn obstacles. This is doubly important when you create or enter into something significantly new. And even more so when it comes to ultra large-scale programmes and markets. Ones that with some good detective work and some sidewinder-like thinking, it is possible to move not merely through the road blocks and machine gun nests, but manoeuvre around them and then turn them into opportunities, allies and assets: ‘Kurpow!’ From the Red Knight’s blog.

‘Since we started Virgin Atlantic, 16 of our 17 original competitors have gone out of business…! Why did Virgin, a very small airline with limited resources, survive?... For years, we wanted to expand Virgin Atlantic's services into South Africa. For some reason, British Airways and South African Airways didn't want the competition!

Every 12 months I would travel to this beautiful country, meet with the Transport Minister and try to convince him that Virgin should begin London to South Africa flights. Each minister would wholeheartedly agree, say they wanted to improve service and competition - and then as soon as I left the office we would never hear from them again.

After several years of this, we decided to try a new tactic. After yet another meeting with the Transport Minister, there was no way he was going to give us permission to fly. He was just giving us empty promises and platitudes. So we decided to ignore the minister and try something different.

We threw the biggest press conference announcing Virgin flights beginning to SA, revealing when they would start and how much we'd save the travelling public. We quoted the minister's words saying how much he was looking forward to it, and praised him for his belief in competition, lowering prices for the flying public and supporting new airlines. As the world's press were already running the story, there was no way for the minister to backtrack. As it turned out, by that very evening, he had to agree with us as he was getting so much praise from the press and public, that he couldn't climb down.
Within a few months Virgin planes started flying to South Africa! This week, we are celebrating Virgin Atlantic's 17th anniversary in South Africa. We threw a party at the team's offices in Johannesburg - surely the most stunning office in the whole Virgin Group - and thanked all the team for their outstanding work. We are going from strength to strength in SA, with more than 5000 seats than last year and over 8000 more than originally planned on the Cape Town to London route…’

Deft moves! The Red Knight avoids complicating his life with corporate reports, developing extraordinary people skills and learning to trust his instincts. He is never in one place for very long; and never thinking about one thing for too long either. He is a real Hyperthinker. Water, has occupied his agenda recently. Russian Open Source Innovation is another raw topic. In addition to Virgin Atlantic, he co-owns Virgin Blue, V Australia, and Virgin America airlines. The point is that this kind of ‘always on, follow the sun’ behaviour continually stretches the mind toward billion dollar business ideas and the breakthrough brinkmanship needed to realises eventual GigaOperations.

Hence, a GigaMarket mindset integral with perseverance, stealthy imagination and courage has sustained the Red Knight’s 50 year GigaMarket transience. According to Forbes, at end of 2012, he was worth ~$4.6 billion; ranking as the 255th richest person in on the plant. Fly Red Knight!
Posted by Unknown at 06:57