The flying car is coming. This is being enabled by the intersection of three converging technologies: high energy density batteries, autonomous navigation powered by differential GPS; and lightweight, high strength lightweight materials.

Under the wings of the XPRIZE Foundation; a multimillion dollar Transporter XPRIZE is being developed to inspire progress in this arena. 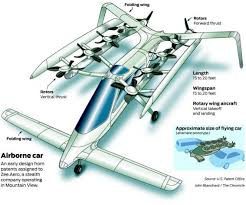 Something you can step into and shout, 'Take me to Brighton Beach Basketball Court.'

One example is Zee Aero, funded by Google. This flying car can take off and land vertically using a plethora of small electric motors turning four-bladed propellers and is narrow enough to fit into a standard shopping center parking space. 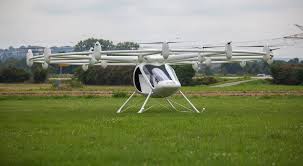 Another design, E-Volo’s Volocopter, is an electric two-passenger, 18-rotor vehicle. 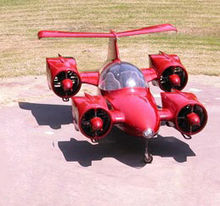 The Moller Skycar is a personal vertical take-off and landing aircraft, invented by Moller, who has been attempting to develop such vehicles for fifty years.

The M400 Skycar, transports four people. It is described as a car since it is aimed at being a popular means of transport for anyone who can drive, incorporating automated flight controls, with the driver only inputting direction and speed require.


AeroMobil transforms in seconds from an automobile to an airplane that perfectly makes use of existing infrastructure created for automobiles and planes  for  real door-to-door travel. 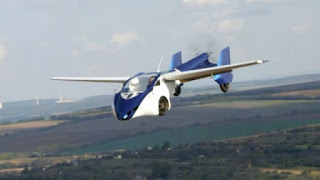 It fits into any standard parking space, uses regular gasoline, and can be used in road traffic just like any other car. As a plane it can use any airport in the world, but can also take off and land using any grass strip or paved surface just a few hundred meters long.

It has been in regular flight-testing program in real flight conditions since October 2014 and is predominantly built from advanced composite materials. That includes its body shell, wings, and wheels. It also contains all the main features, such as avionics equipment, autopilot and an advanced parachute deployment system.

AeroMobil also implements a number of other advanced technologies, such as a variable angle of attack of the wings that significantly shortens the take-off requirements, and sturdy suspension that enables it to take-off and land even at relatively rough terrain.