Do you recall the experience you had with your two-and-half year old daughter or son (assuming you have one or two or more), when they not only strung sentences together for the first time, but had deep semantic understanding of a problem or task or experience at hand? 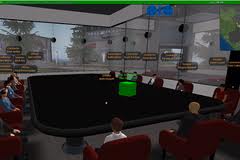 I remember my little daughter doing exactly that.

How on earth did she manage to pick up complex strings of grammar in such a short time, and then appreciate their context and relevance.

Take humour! It’s arguably one of the most complex heuristic functions: meaning, juxtaposition of contradictory context leading to a punch line and consequence.

My daughter would have me in hysterics even at here tiny age with her funny quips or facial expressions in synch with some quip situation.
So, how is it that a little toddler manages to learn so fast? 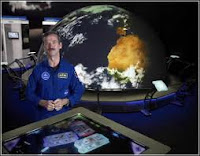 Little kids are immersed in the middle of an environment with parents, siblings and other family members. In conversation they pick up the syntax and semantics at a hugely accelerated rate.

Why has it taken me many years to master German? There’s physiological and psychological reasons going on in my brain. But one thing is true, my brain physiology is different in my adult life than as a small child. And facts are facts little kids learn more quickly than even their 12, 20, 50 year old counterparts. 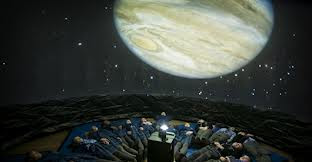 Being immersed amplifies and accelerates learning as you’re cognitively engaged in a real-world setting.

So why are schools and Universities organised in sterile classrooms, and the pupils then merely spending less than half their time in four or five different classrooms (as in pupils walking fairly long distances between classrooms, break times, lunch)? This is not real-world. It is artificial, unnatural and highly unproductive.

Plus, the period of time that kids actually spend in the classroom, they are only engaged for a third-to-half of the time. Things like settling down, opening books, other kid pranks, monotony, teachers doing the same, etc.

So in total, kids are only at best learning for only about a quarter of the time. If a typical school week is 30 hours, that's 7.5 hours of active engaged learning a week! Just over seven hours a week! 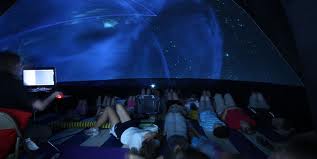 Alternatively, immersive learning environments, that are designed as multidimensional tools to accelerate learning, are now coming on-line in the UK.

Kids are collocated in a single class (accept for physical education). And teachers run between classes.

Then having teachers move between classes is much better, because in fact collectively the kids do most of the work.

Remember my daughter above? She's now seventeen, and it’s taken her 3 years to learn pigeon French with a clear English accent. What's going on Don Professors?

My conclusion is if kids are given immersive learning environments and tools, and stay in the same class (mostly), they’d all do better at school! They'll all speak basic French in a few months! And after a year, well?

And as for the financial cost of doing this? What is the cost of 55 percent of kids (UK statistic) leaving school with very little academic and real-world learning achievements?