Brain Wave of The Future

What If You Could Move Objects With Your Mind? Well, That Time Has Come.

You slip the wireless headset on. It looks like something a telemarketer would wear, except the earpieces are actually sensors, and what looks like a microphone is a brain wave detector. You place its tip against your forehead, above your left eyebrow. 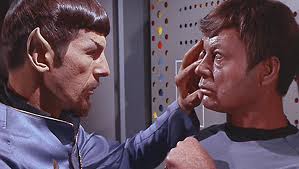 A few feet away is a ping-pong ball in a clear tube called the Force Trainer. The idea is to use your thoughts alone, as recognized by the wand on your forehead, to lift the ball. Your brain's electrical activity is translated into a signal understood by a little computer that controls a fan that blows the ball up the tube. Levitates it. As if by magic. It's mind over matter.


All you have to do is concentrate. On anything, it doesn't matter. The harder you concentrate, the higher the ball goes. A musician says he played a song in his head and focused on a particular chord change. A former high school tennis star focused on his 120-mph serve. One woman brought the image of a candle flame to mind. The ball rose.
Concentrate. Concentrate.


A sound erupts -- first a groan, then a woooo, WOOOO -- like a Halloween ghost.

The ball spins, slowly at first, then faster. 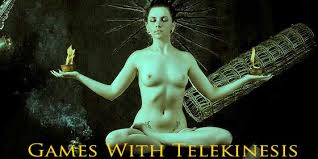 And then the ball rises inside the tube. Up it lifts, two inches, four inches -- a foot!
You giggle and your concentration is broken; the ghostly sound fades and the ball drops back into its nest with a gurgle.


You have just controlled a physical object with your mind.


Competing mind-over-matter toys from Mattel and Uncle Milton Industries are coming to a store near you. They are the first "brain-computer interfaces" to enter the consumer mainstream.


Toys, but so much more. They embody a dream of the ages: controlling the world with your thoughts. Telekinesis.