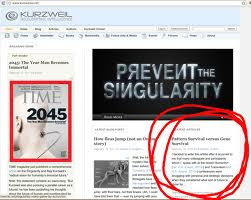 The End is Nigh!

What does a self-consistent, intelligent and capable person do? Which goals are so sound, so promising and so exciting that you can allow those goals to fully motivate you? Which goals can you embrace in the knowledge that you stand on a firm foundation, that your thinking is clear, and that you can be a pioneer to excel in a significant part of a vast new future?

What is more important to you: competitive patterns of thought or a sequence of DNA? Ultimately, there is no inherent reason to be more attached to the sequence of nucleotides that defines the human form than to the one that defines the form of an ant. The part that is interesting to us is the emergent world of thought and perception.

If you would like to see a future that includes improvements beyond our species’ status-quo, then you should work on a transhumanist strategy that optimizes pattern survival and competition, namely work on substrate-independent minds and mind uploading. There are signs of a shift from gene-survival to pattern-survival, and Universal Darwinism favors the pattern competition winners.

Of all the transhumanist strategies, advancing substrate-independent minds (ASIM) is both connected with its originating human interests and it most directly embraces and plays the game of competitive natural selection.
Posted by Unknown at 19:04