Try Southern India or Southern China or indeed Sub-Saharan Africa in the mid-summer! It’s a reliable 100+ degrees hot. You have slight resources, but you do have personal muster. So you manager to by a new gadget called ChotuKool (little cool). The idea to address the basic refrigeration needs of rural families in India more than 80 percent of Indian households that lacked basic appliances such as refrigerators. 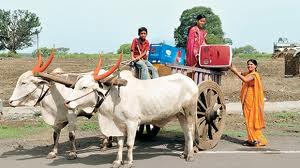 Godrej & Boyce is an Indian manufacturer decided to reinvigorate growth in its venerable household appliance markets. Then they found a way to attract non-consumers—the team began its work by imagining living in a home without a refrigerator. Electricity is unavailable or unreliable in many rural parts of India, where families earning under $5 per day can't afford major appliances. trips around rural India, observing the daily routines of villagers. 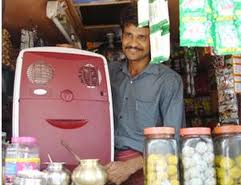 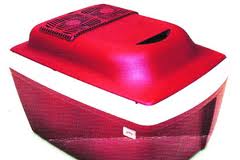 Using our "jobs-to-be-done" approach, he and the Innosight team witnessed how rural consumers purchased, prepared and stored food and drinks. Priced at $70, about half of an entry level refrigerator, Chotukool creates a new product category, with a targeted value proposition that serves a new segment of customers. People needed an affordable way to keep milk, vegetables and leftovers cool for a day or two—both at home or away. This job is urgent in a country where a third of all food is lost to spoilage, according to the United Nations Commission on Sustainable Development Instead of traditional compressors, ChotuKool is based on a thermoelectric chip that maintains a cool temperature on a 12-volt DC current or an external battery.

The unconventional opening ensures cold air settles down in the cabinet to minimize heat loss and power consumption. The unit is highly portable, with 45=liters of volume inside a fully plastic body weighing less than 10 pounds. ChotuKool was also awarded the 2012 Edison Award Gold prize

for the Social Impact category.' The fridge does away with conventional compressor technology replaced with nonlinear microchips and a turbine comparable to PC control system in place of more costly.Be Sociable, Share!