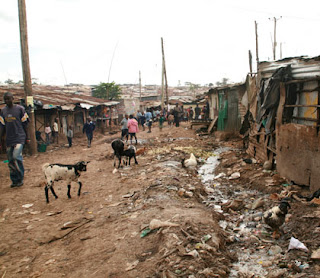 Sometimes we just don't know how fortunate we are!

'The mismanagement of human waste is a serious health problem for the 2.6 billion people who don't have regular access to toilets.

In fact, in the slums of Kenya, waste management is so haphazard that residents dispose of feces-filled plastic bags by simply flinging the bags away without concern about where they land.

And it was discovering those flying sacks of waste that inspired Anders Wilhelmson to invent the PeePoo, a chemically treated toilet bag that sterilizes human waste and converts it to fertilizer, all for only two or three pence.

Peepoo is a personal, single-use, self-sanitising, fully biodegradable toilet that prevents faeces from contaminating the immediate area as well as the surrounding ecosystem. After use, Peepoo turns into valuable fertiliser that can improve livelihoods and increase food security. 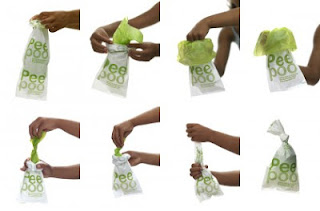 The secret of the PeePoo lies with the urea coating on the inside of the bag. Once its filled and buried, enzymes in feces naturally breakdown the urea into ammonia and carbonate. This raises the pH in the bag, killing any pathogens. Once the urea decontaminates the waste, the bag biodegrades, and the remaining ammonia fertilizes the soil.

Most importantly, because these problems affect the poorest 40 percent of the world population, the bag is cheap. By producing the bags so inexpensively, Wilhelmson hopes to both help the world and turn a profit. And considering the market for low cost toilets runs into the trillions of dollars, there is certainly profit to be made.

The lack of sanitation creates tremendous problems worldwide including environmental pollution, great social problems and unsafe surroundings, as well as greatly increasing the outbreak of lethal epidemic diseases such as cholera.

Without toilets, individuals and their environment are at risk from contamination of fresh water and ground water. That’s because human faeces contain infectious and often deadly pathogens such as viruses, bacteria, worms and parasites. 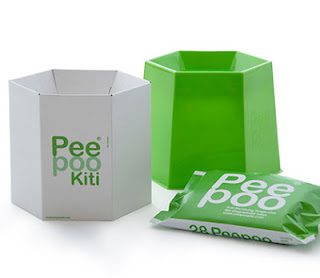 Every year, 1.5 million children die from diarrhea caused by poor sanitation. Through amazingly cheap production and simple design, Wilhemson hopes that the PeePoo won't just save lives, but allow the people suffering through the problem of waste mismanagement to save those lives themselves.

Women, adolescent girls and children are the most vulnerable group suffering from lack of basic sanitation in several ways. One child dies every 15 seconds due to contaminated water from human excreta.

Up to 50% of all deaths in emergency, refugee and IDP camp situations are caused by diarrhoeal diseases. More than 80 percent of these deaths are children under two years of age.'

Link to PeePoo's site o get a fuller view.