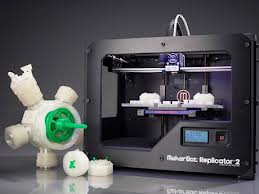 It’s funny really. I recall back in 1986, Charles Hull’s now famous ‘Stereolithography Machine’ being demonstrated on the BBC’s ‘Tomorrow's World’ program. I was just out of my engineering apprenticeship and saw some benefits in early stage prototypes in product design. But to be honest, it didn’t cross my mind unit the mid 1990s that 3D rapid prototyping and manufacturing would be something fundamental to the way we make things.

Then in 2006, I was asked to write a paper and carry the closing key note address at the TCT Rapid Manufacturing Conference, at the Heritage Motor Centre, UK.

That paper brought it altogether. I based my projections out based on empirical trends. In summary I said that: 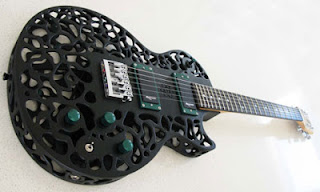 Year 2015+: Zap: Yield in terms of cycle-time, precision, resolution, complexity, material performance and component variety will reach a critical point where, quite literally, will come to be known as ‘Instant Production Technology (IPT).’ The first integrated top-down multiplicative production systems appear, purchased by high-end manufacturers and specialist users, enabling engineers to design and test fully functional prototypes in extremely quick cycles: hours instead of days; days in place of months. Integrated component that merge from one materials to another start to emerge. That means electro-mechanical components - say a toroidal choke with integrated yoke produced all in one hit - become viable for the first time. 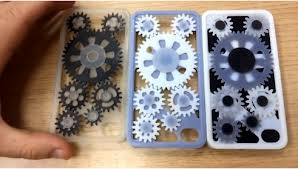 Year 2025+: Just Add Water TVs: Complex organic multidimensional molecules - approaching that found in nature’s kitchen - will be created from the bottom-up, instantly. Nanofactories capable of producing high protein vitamin rich synthetic food will give hope to the remaining poverty stricken nations. With such IPT systems, the cost of manufacture is unrelated to the complexity of the product. 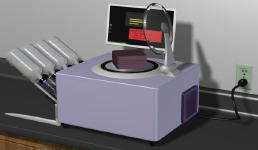 Consumer countertop synthesisers will begin to revolutionise the way house hold objects are acquired. TVs and eventually all small domestic size consumer gadgets are printed out at home. The range of products will be limited far more by human imagination than by technological restrictions.  Products will be revolutionary by today's standards. For example, the capability to pack a supercomputer in a grain of sand will spring forth artefacts of mind-blowing extent. This combined with more capable sensors, displays and actuators will allow remarkable robotic devices produced quickly and efficiently. High performance product design, development and verification will still be very costly; but once designed, units can be manufactured in quantity - that’s Ferraris, SCRAM jets, up to and including beef-steak, milkshake in a glass and fries on the side - all for pennies per kilogram. This is the point where an artefact’s scale, resolution and complexity ceases to have a relative material economic magnitude.

The point is, all this begun in 1986 on Tomorrow’s World, with a market worth – well – ZERO at that time!

If I am even half right, positive changes on scale not witnessed before will happen in every quarter of society. We may even begin to see the end of abject material poverty the world over!

Read on please you must. May the force be 3D with you!