Cycling is willing to help skateboarders fight for Olympic gold but they face a long wait for inclusion. 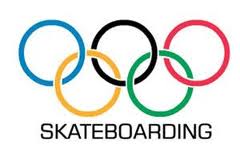 There are discussions going on about the probability, or possibility, of maybe getting BMX freestyle and skateboarding into the Olympic Games programme, the International Cycling Union (UCI) president told Reuters at the Sportaccord convention.
"Discussions aren't very far advanced yet, it's just an idea that has come up in discussions with the IOC because of the success of BMX when we brought that into the Beijing Olympic Games," he added.
McQuaid, a member of the International Olympic Committee, said the IOC had asked his federation whether they could accommodate skateboarding were it to become a serious consideration.
"We said we could," said the Dubliner, adding that the UCI was willing to take the whole of skateboarding under their umbrella.
The problem, apart from any resistance from skateboarders to being put under the governance of the cycling body, would be the strict limits on the number of athletes allowed to attend an Olympic Games.
McQuaid said IOC president Jacques Rogge had repeated on Tuesday that there would be no change in the quota between now and 2020.
"In order to bring in those disciplines (BMX freestyle and skateboarding), you need more medals and more quota and it can't be done from the existing cycling quota," he said.
"It would have to be extra so that would have to be up to the IOC to sort out. It could be a long term project."
Despite skateboarding, with its urban counter-culture image, appearing to be a very different sport to cycling, McQuaid said there were strong elements in common.
"BMX is a bike and BMX freestyle is a bike and skateboarding uses the same venues as BMX freestyle," he said.
"They are both... (similar) lifestyle events that attract very much the youth culture of today and it's important for sport to attract youth.
"We have strong evidence that athletes come in through BMX and then go up into other disciplines afterwards," added the Irishman. "There's no reason why skateboarding wouldn't do the same."
Britain's multiple track Olympic gold medallist Chris Hoy and Australian road racer Robbie McEwen started out racing BMX bikes.
FOR YOU BMX/SKATEBOARDERS, IT'S A GOOD TIME TO LOBBY RIGHT NOW!!