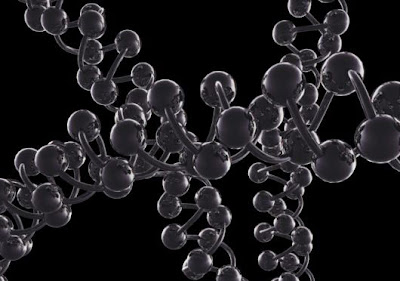 I vividly remember being ed on occasion through secondary-school education because ‘atoms’ where consistently presented as these perfect slick round little spheres. At one time I even called the teacher a fabricator of lies and shouted: “Atoms aren’t balls!!”.

Of course the poor man couldn’t help it, as it was just decided to teach us high-school kids a outdated, simplified 19th century version of the atom , rather than confusing us with subatomic particles like protons, neutron, up-quarks, down-quarks, gluons and what do you have nowadays.

In retrospect I was just a kid trying to be witty after having flipped through some of the science magazines of my dad, who was a physicist. Nonetheless, I always remained keen on the underestimated role of simulations in modern science.

Are you still reading? Then this call for proposals might be for you. The STRP Festival, Institute of Complex Molecular Systems, and Animation Studio invite artists, designers and scientists to develop a new visual language for molecular structures.

Recently, a new problem has emerged for molecular scientists. For many decennia they have used a world-wide accepted way of representing molecules, even though these molecules have never really been seen. Unfortunately, this language is not suitable to represent the increasing complexity of the molecular systems and dynamic processes that are subject of modern research. … I think that a breakthrough in this area is only possible with ideas of people with different specialisms.