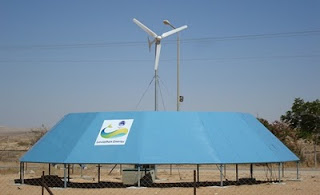 They say in a report:

But that pattern of incremental improvements may be a thing of the past if Leviathan Energy has anything to say about it.

Leviathan Energy has completed initial testing on their Wind Energizer unit and is reporting gains in wind turbine output in the ballpark of 30% — and as much as 150% at lower wind speeds. 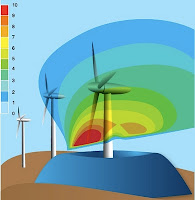 The principle theory at work:

By placing passive objects around a wind farm will change the circulation or wind around a large turbine. The advancement is not in the turbine itself, but rather in the area around it

Units can be adapted to any wind turbine from any manufacturer.

“This is a disruptive technology.... We are changing the environment of the wind turbine; this is a very different approach." they say.'